As with most Australian wakeboarders, I have started heading to the USA a few times in the last year. My first visit to the USA was in 2009 when I won junior boys at the 2009 Worlds in Orlando. 12 months ago I travelled to Reno for the MyWake final and the release of the awesome ASR. While I did compete in the Wake Surf event I was off the wakeboard as I was recovering from an operation to repair the patella tendon in my knee. This injury set me back nearly a year but it taught me a lot about the importance of stretching and warming up before I ride. Being a part of the ASR release was sick and this was a great chance to meet the rest of the Tige team.

After nine months off the wakeboard, I hit the water back on my wakeboard in December only a month before the Australian Open. With nearly all of my tricks back, I took out the Australian Open event and went on to finish the Australian season in Boys (10-13) undefeated with the Queensland State, Australian Open and Australian Nationals titles. My last event in Australia was the Prowake Invitational, where I rode against the best upcoming riders in the country from all age groups. With a tough head to head format I ended up in 2nd place, beating some of the country and world’s most promising Junior Pros.

During the Australian Nationals I was offered the chance to travel with some other Australians to Orlando to compete in Wake Games. I took this opportunity to see how I would go competing in my first season of Junior Men’s.

When we got to Orlando for Wake Games everything seemed unfamiliar. The last time I had been to Orlando was five years ago and it was very different. The weather was about the same as Australia at that time of year so it wasn’t a struggle to get used to the heat. I had an awesome time hanging out in Orlando. Riding at OWC and seeing all the different lakes was pretty cool. Wake Games approached before I knew it and it was my second international competition ever. On the day of the heats the nerves were on. It was only the top one that would make it through to the final, so I knew I had to land a consistent run. As I took off the dock I had a good ride placing me 1st in the heat and into the final. The final was on the next day, and I was thinking about my run all night. As I walked down to the dock on the final I was trying to lose the nerves so I could just concentrate on my run. After I took off and the boat turned into course I landed my first pass. On my second pass I landed everything but my last trick, Mobey Dick 5. I was so pumped to see the result because I was 1st place in the Junior Men division. It was a great way to end my Trip. Sadly I had to fly 15+ hours to get back home to Australia.

Back home I was wakeboarding almost every day on the Coomera River. As winter was approaching it was a little bit harder to ride, but I was training for my next trip over to America in August. We do have a warm winter compared to some parts of America with day time temperatures around 60-70 degrees F, but it’s still cold and riding after school every day is a lot more fun when it’s hot. I was wearing a full wetsuit and working on my run every ride, preparing to return to the USA and finish my Junior Men’s season with the Wake Open and WWA Worlds. This would be my first Worlds for five years with my knee injury keeping me away the previous year. I was so excited for the trip to America, but the sad part was that I was preparing my schoolwork that I had to take over.

The trip from my hometown on the Gold Coast of Australia to Orlando takes about 24 hours door-to-door. The first flight to Dallas or LAX takes 17 hours and by the time I finish the next flight to Orlando I have had enough of travelling. I was lucky enough to do both of these trips with some other wakeboarders, which made the trip more fun. On the plane I tried to do as much schoolwork as I could so I wouldn't have to do it once I arrived in Orlando where I would be staying for one month. Travelling from the Australian winter to summer in Orlando was the first thing I noticed when I stepped off the plane in Dallas; it was very hot. Orlando's summer is a lot warmer and humid than summer in Australia. The first few days I was there I was a little bit jet-lagged but I really liked riding at OWC with the Aussie crew. I was riding on Lake Jessamine behind the boat, which was nice, and the water was so smooth almost every time I was out there. The first week I worked on new tricks. On my third day there I landed my first TS 900, which I was very happy with, and after that I concentrated on my run for the first event of my trip, the Wake Open.

In this event I was riding in the Junior Men division. When I arrived on the day of the heats I was really excited to ride. As I jumped off the dock I was nervous but once I started my run the nerves left and I felt okay. I landed my first Moby Dick 5 in competition and was pretty happy to see the results that I had won the heat and had moved on to the finals. As I arrived on the day of the final I was very nervous. I couldn’t sit still before I rode. As the boat turned around into the course I started my run, I rode well and landed a HS 720 and a Whirly 540. I was really happy with how I rode and I ended up taking the win in the Junior Men division. After the Wake Open, Surf Expo was on. This was a massive warehouse full of all the new 2015 wakeboard products and many other skate and surf products. This was the first time I had ever been to Surf Expo. The place it was held at was huge. Seeing all of new 2015 products was amazing. It was awesome to see the Wet Sounds Rat Rod and the 2015 ASR and to get to spend time with the Tige team. A few days after Surf Expo it was about time to travel down to fort Lauderdale for the WWA World Titles.

The drive was only about three hours, which wasn’t too bad. It was pretty cool to see a different part of America because surprisingly Fort Lauderdale is similar to where I live in Australia, but on steroids, with beaches, canals and big boats. On the first day we went to check out the site, which was awesome because the lake was parallel to a highway. My heat was on the first day of the event and I was really excited to ride. In the heats I had a good ride and I was very relieved to make it to the finals. The next day was the final and I was first off the dock. I was very nervous when I walked down to the dock, and I didn’t end up riding my best which I was disappointed about. Luckily landing my Whirly 540 and HS 720 was enough to get me 2nd place in the Junior Men Division. I wasn’t very happy with my ride but I was stoked to get second. The presentation night was really fun, and seeing all the Australians on the podium was awesome. I had a great time in America and the sad thing was that the day after Worlds I had to take the long 15+ hour flight back home to Australia.

I am back home now and it feels good to be back riding on the Coomera River on my Tige R20. I am planning to do a bit of wakesurfing over my school holidays. The weather is just starting to warm up now which is good, but the bad thing is that we are starting to see more boats out on the river, ha! I am going to have a lot of fun riding over the summer this season. I had an awesome time in America and I am eager to go back next year. 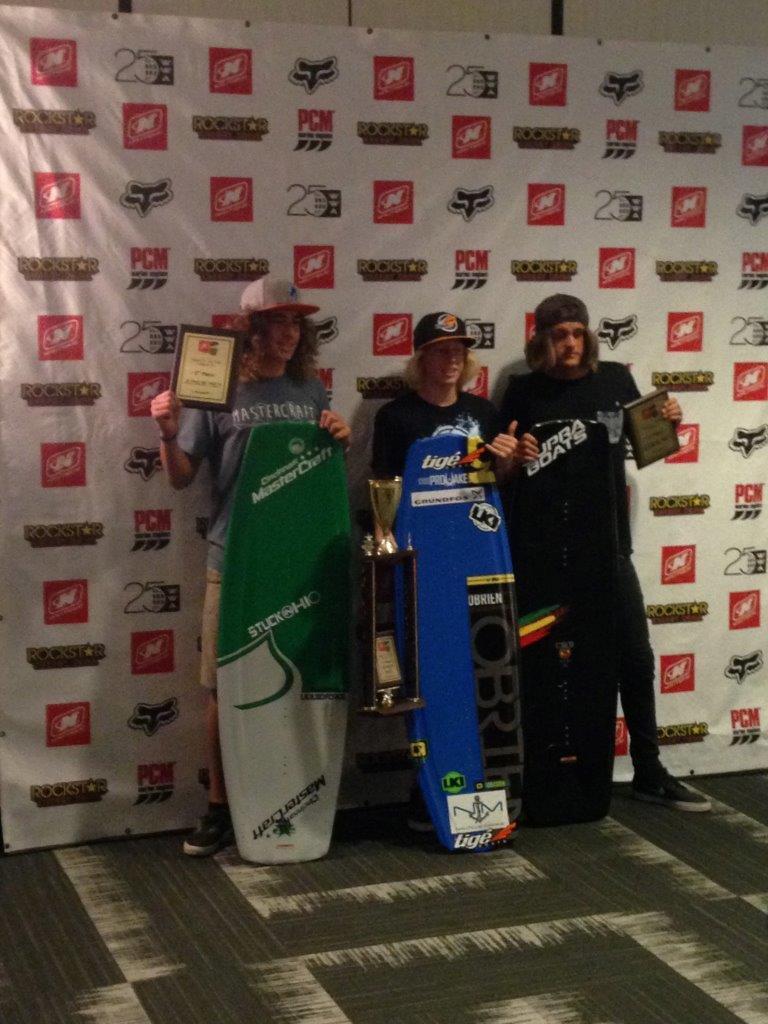 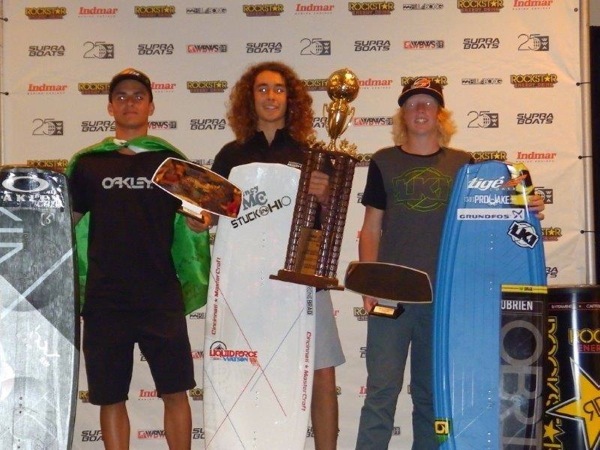