Cobe France: Taking the US by storm

I recently competed at the Moomba masters in Melbourne Australia. It was a really fun event which is regarded as the Water ski / wakeboard event attracting the biggest crowd attendance in the world with up to 200,000 people lining the banks on finals day. This has been a major international water ski event in the past but has included Wake boarding in the past few years. With only 8 spots allocated for the Junior Men’s class the Australian riders had to qualify as 2014 Moomba or 2015 Australian Open podium winners. My 2nd place in the Australian Open won my spot in the 8 riders. The 6 Australian and 2 USA Moomba riders will all be competing on the 2015 Junior Men Pro tour.

When I arrived at Melbourne it was about 8:00 at night and quite cold (50 degree F) and I forgot to bring a wetsuit. The next day I looked around Melbourne and the comp site because I didn’t have to be at the site until 6:30pm. There was a really cool skate park right next to the comp site which was awesome and ended up with plenty of wake boarders warming up for their runs. After a day of looking around Melbourne it was time to get my board and head down the comp site. This was my first event in Jnr Pro. Moomba was a great experience because we were competing at night under these big lights that covered the course with a pretty decent crowd lining the banks. It was defiantly cold riding at night. I was in the last heat for Jnr Pro. When I started my run in the heats it was really hard to see at the start of the course but once we got into the middle it was ok. I rode pretty well and ended up first in my heat. I was top seed for the final, which I was happy about. We went straight into the final and I was pretty nervous in the final knowing that it was a little bit harder to see riding at night but I ended up riding pretty good. Waiting for the results I was so nervous but the results were announced and I was super exited because I won the event. I was so excited to win my first event entered as a Jnr Pro and at Australia’s premier event - Moomba. I got another surprize when I arrived home to check my emails and find that the win earned me an invite to the US Masters in May. Not a bad way to start my Junior Pro career.

Coming home from Melbourne to the Gold Coast into warm weather was nice. I had a few weeks at home before I had my next competition. In Australia summer has just finished and we are going into autumn. It is good because it’s still really warm but it gets darker a lot earlier which makes afterschool wakeboards a bit harder. I was just trying to make my run as consistent as possible for an up and coming event in Perth Western Australia the Aqua X games. This was an open event for riders of all levels and followed on from the World Cup event held the week before.

I was excited for this event. It was pro event and only 10 riders were selected. It was the first time I had been to Perth. The flight there was 5 hours taking my from the East coast to the West coast, this is little reminder on how big Australia is. The day before the comp was awesome. The weather was great and there was barely any wind. We had a practise on this day at the comp site witch was good to get used to the wake. The next day we had heats and finals. The day of the comp wasn’t as good as the day before. It was a little bit cold and the wind was very strong. In the heats I tried to do my normal run but I realised it was too rough for me to do it. I was quite surprised when I was riding my heat. It was definitely the worst conditions I had ever wake boarded in with white caps on the wind chop but I had to make the most of what I got. I didn’t make it to the finals so I was in the Last chance Qualifier. I was pretty nervous in the LCQ because I really wanted to make it to the finals. In the LCQ I did enough to make it to the finals. I was first rider off the dock. It was still really rough and I was struggling a lot. My run wasn’t very good so I ended up in 5th place after struggling with the rough water. I was disappointed with my ride but it was a fun event and a good experience. I flew back home the day after the comp.

When I got home it was almost Easter and I was really excited because we were going down to the Clarence river in Grafton. Going down to Grafton is always and awesome time, boat full of friends and heaps of wakeboarding wake surfing and good times. Driving into the caravan park at Grafton always puts a big smile on my face. The night we got there my friends and I were so excited for a big day of boating the next day. We got up the next day and got my boat ready straight away. The water was smooth the whole day. We wakeboarded, wakesurfed and went to a really cool rope swing which was a lot of fun. We had a couple of crashes at the rope swing but there was a few double back flips landed. The whole trip was great fun. I got a lot of wakeboarding done and I was also really enjoying wakesurfing. The weather was a little rainy but it wasn’t going to stop me. It was good to hang out with Daniel Watkins and ride behind the ASR. Riding behind the ASR always makes my day. It was the first set I had behind it were we put a lot of weight in it. The wake sign really blew my mind. The wake was huge, it made me feel so much more confident riding with all the pop I was getting.

The next thing on my schedule was quite important. I was heading off to Orlando, America for 4 months to train and compete in the Junior Pro events, which was really exiting. With the US Masters now on my list I will be competing in 10 events in the USA and Canada. Last year I only went to America for 1 month so this will be a big change for me heading over to the summer and leaving my family in Australia but I am excited and hopefully it is a good trip. But I am not looking forward to long plane flight, hahha. 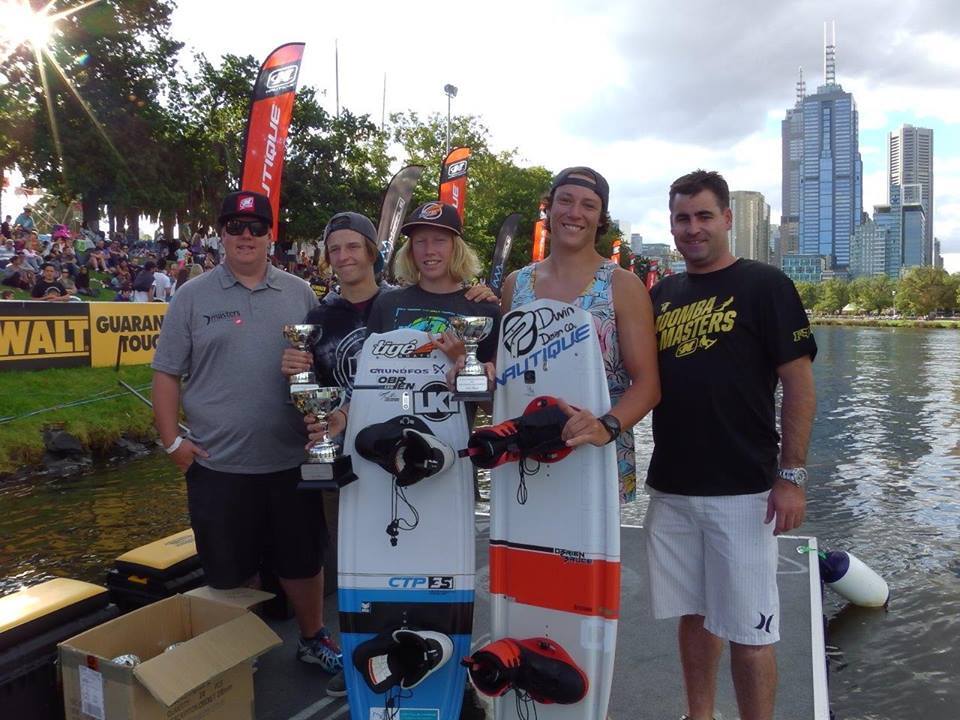 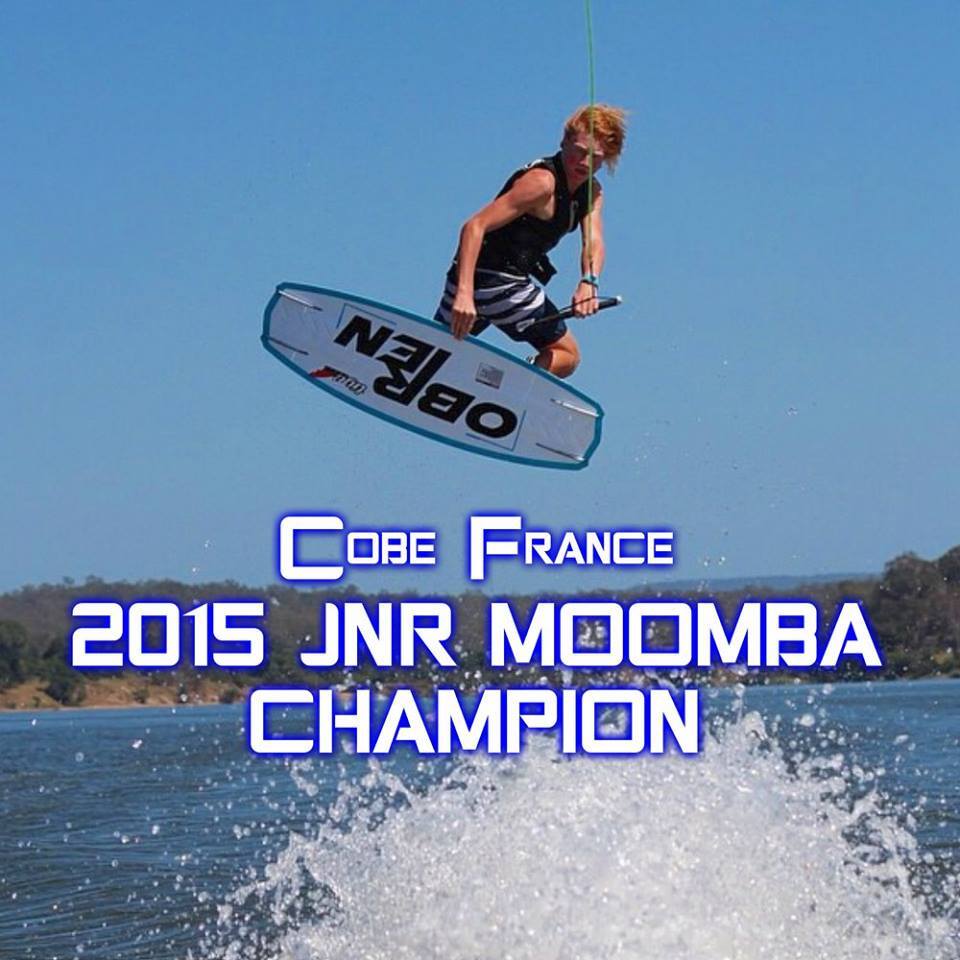 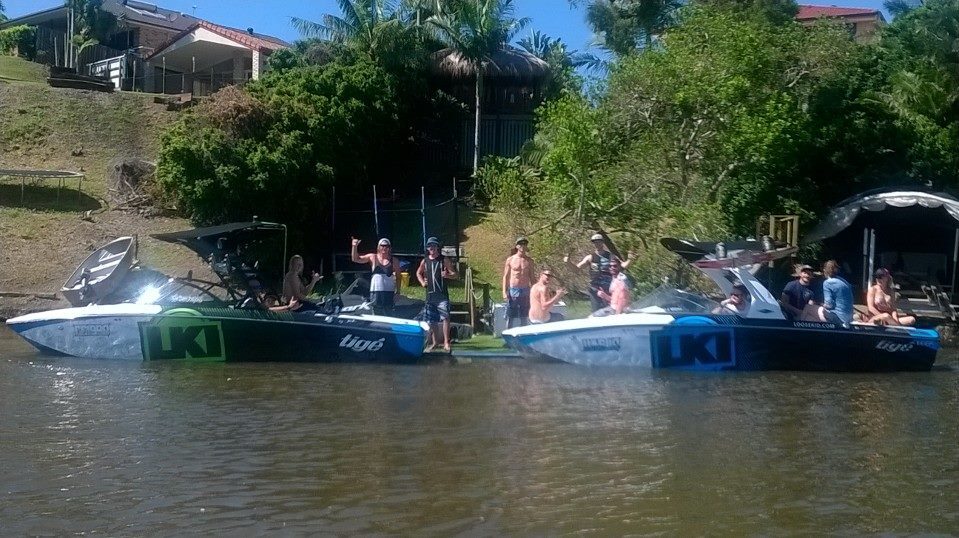