Competing against some of the best Pro Men riders, Adam Errington won the Big Air Kicker Contest at the WWA Wakeboard Nationals. This contest challenged riders to launch from a ramp and perform massive rotating aerials, and Errington boosted a huge mute switch roll to revert from the kicker ramp to capture the victory. Aaron Rathy barely missed the mobe 540 and took second place in the Big Air event with a mute backmobe.

Dominic Lagace and Chase Hazen competed at the Canadian Wake Surf Nationals that were held at Calabogie Lake, Ontario, Canada. This premier Canadian event is an important qualifier leading up to the 2014 World Wake Surf Championship. TeamTige riders challenged the fierce competition where Dominic placed third in the Men's Pro Skim, and Chase Hazen placed second in the Men's Pro Surf division.

Congratulations to each of our riders on their amazing performances! 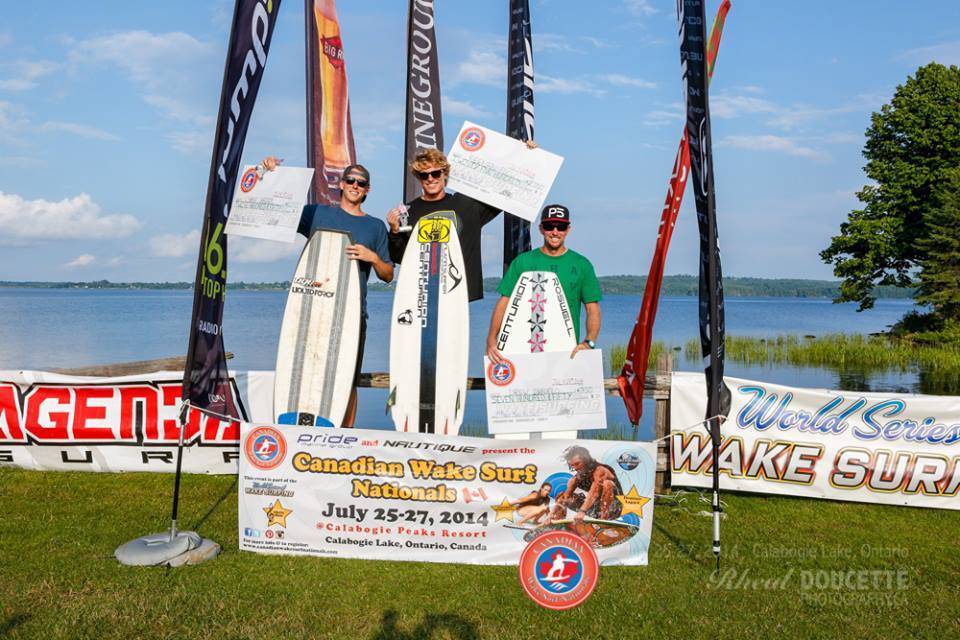