#TigeStories: Waking Up the Desert

This weekend I attended the 15th annual Wake the Desert in San Angelo, Texas. It was the third stop of the Tige Endless Wave Tour and possibly the most fun competition so far. The venue was absolutely perfect! The shore was lined with merchandise tents, delicious food, and even the RedBull Big-T. With music pumping, people smiling, and the sun shining, there was no shortage of fun. The competition course ran right along the shore of a Lake Nasworthy channel which made it easy for spectators to watch and enjoy the high level of wakesurf talent presented this weekend. I got a taste of the Texas heat with the weather in the 90’s and insane humidity the entire trip.

I started off the weekend by attending a clinic with Tige Team pro rider Chris Kinsey, where he helped me with riding technique and taught me some new tricks. It was so much fun and an awesome opportunity to improve my surfing. The next two days were spent wakesurfing and spending time with friends. I was lucky enough to stay in a house right on Lake Nasworthy with my family, another Tige family, and fellow Evolution Team rider, Emily Agate. To say the least, we had a blast. Having a house right on the lake made it easy to go out for quick surf sets behind various beautiful Tige Boats. When not lounging around the lake house, I was at the venue catching up with friends and competing. My competition runs went well, and of course they were an insane amount of fun. Everyone at wakesurf competitions are so supportive of one another. We aren’t surfing against each other; we’re surfing with each other. This attitude makes it easy to surf without nerves and bring out the best riding you can.

Wake the Desert was a combination of both a wakesurf competition and a wakeboard competition. The morning each day was spent wakesurfing and in the afternoon the wakeboarders took over. Sunday afternoon after the wakesurf competition was finished everyone hung out and watched the wakeboarders until podium that evening. The Texas heat and the restlessness of watching wakeboarders flip and twist quickly got to everyone and soon enough a few wakesurfers were paddling into the water with their boards. Before almost all of the wakesurf competition attendees were floating in the water cooling off and cheering on the riders. Dominic Lagace, a Tige Team pro rider, had the brilliant idea to blow up Tige beach balls and add them into the mix. To sum things up, Sunday evening was spent with Tige beach balls flying through the air and smiles spreading from ear to ear.

As far as results go, I placed 1st in Outlaw Women. My brother, Michael Concienne, placed a much deserved 2nd place in Outlaw Men after landing his first ever 180 shuv in competition… both days. Everyone who competed, in both wakesurf and wakeboard, did an amazing job. Over all the competition was extremely well put together and it was a great time. I would like to give a huge thanks to the Kinsey family, Family PowerSports, Tige Boats, and everyone else who sponsored the competition and made this weekend possible. I can’t wait to come back next year and make even more memories!! 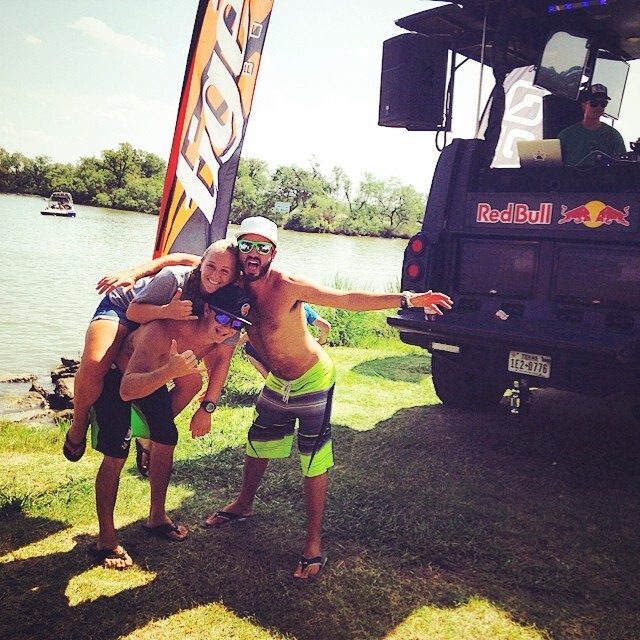